A Tribute To Paul Morley 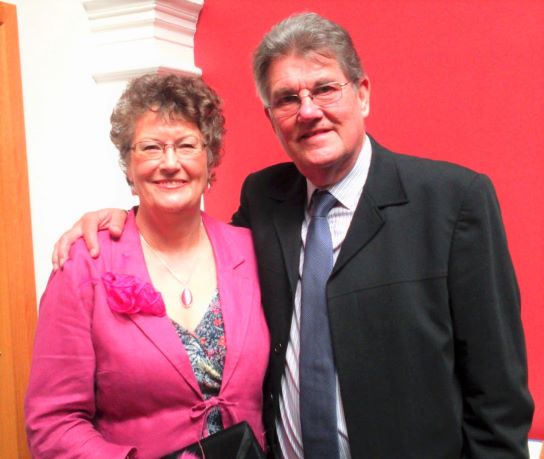 Paul and his wife Christine.

Paul Morley unexpectedly passed away in April 2020, shortly after returning from a mission trip to India. He was 66. Paul leaves behind his wife Christine and their three children Helen, Andrew and Jonathan and four grandchildren. His youngest son Jonathan writes: ‘My dad passionately and faithfully loved and served his Lord and saviour with all his heart, and sought to make Him known to all he encountered.’

Paul’s ministry covered more than four decades, starting with Open Air Campaigners in Manchester. He travelled to over 17 nations, training and equipping pastors and leaders in India, Africa, Eastern Europe, America and the Middle East. In his last four years, Paul was the Pastor at the Cornerstone Christian Centre, Gainsborough, leading the congregation through an exciting time of change and growth. From the first to the last, he LOVED taking school assemblies.

Paul was a gifted evangelist, an engaging preacher, an inspiring teacher, a natural performer who had a keen sense of humour. Little wonder he loved using Gospel Magic in his ministry. It created many new opportunities to share the good news, while letting him tell his dad jokes, bemoan the performance of his favourite football team Manchester United and gently pull the leg of his young volunteers.

One of his first tricks was the Disobedient Cube, a brass pocket trick he used in street outreach. Later he developed an expertise in of rope magic, not surprising for an ex-sailor. His years of experience gave him an astonishing ability to improvise. Give Paul ANY prop, and within 10 minutes he’d have conjured up a polished biblical presentation.

Paul leaves behind a significant legacy in Gospel Magic. He was one of the longest-serving presidents of FCMUK and founded to not one but two gospel magic companies, Tricks for Truth and Mission Magic. He was a popular performer at international Christian conventions and created definitive gospel magic routines for many popular tricks, including the Mental Photography Deck and Surprising Dots. He’ll be fondly remembered for his fun, engaging, British style of gospel magic, which inspired a whole generation of gospel magicians.

Love for the Poor

‘Paul had a heart to see people trained, equipped and realised into their potential in God. He had a huge heart for the poor and would’ve given the shirt off his back to someone who needed it,’ Christine Morley writes. Amongst other projects, Paul helped to create the Bethany Project in Tanzania and worked amongst the Dalit people in India.

To the very end, Paul fulfilled his calling to be an evangelist. In his final sermon, preached hours before he died, Paul encouraged fellow Christians to let God draw closer, and called unbelievers to enter a living relationship with God. The words of another Paul come to mind. ‘I have fought the good fight, I have finished the race, I have kept the faith.’ 2 Tim 4:7

Everyone at Mission Magic counts it a great privilege have known Paul and shared in his ministry.

I was totally shocked and very, very sad to hear that Paul had passed away. He was just the loveliest, sweetest man and incredibly gifted.

He helped me hugely in a very practical way with the tricks and illusions I’ve used in my ministry over the years, which has been hugely appreciated. He was always so generous with his time and ideas, and was always willing to chat things through and would go out of his way to offer help where he could.

And even more than that Paul was an inspiration. Just to watch him present any trick or illusion was inspiring, and to witness the ease and slickness with which he so clearly communicated Jesus through it all was just awesome. He was so gifted and anointed.

I also just loved chatting and having a laugh with him at the numerous events we did together over the years. He was just a lovely, lovely man and I will miss him greatly.