This has the ZOOM SEAL OF APPROVAL! Perform your magic online now! This trick is ideal for being performed to camera as well as to a live audience.

If you're looking for oodles of audience interaction, lots of comedy and a big surprise ending - the Comedy Sliding Card Box has it in spades.

Sometimes called the 'Sucker Card Vanish Box', this is an affordable version of the much-loved Die Box effect, a favourite with generations of children's' magicians. What's the secret of its popularity? It such great fun, for both you and the audience. The first time you use this, you'll be surprised by how enthusiastic and loud the reaction of younger audiences is.

This colourful prop packs small and plays big, even for the largest of audiences and congregations. Highly recommended trick for children's entertainers and church and youth workers.

Another beautifully made prop from the Italian master of magic, Vincenzo Difatta.

Both doors of the box are opened, showing that there is nothing inside. No elephants or assistants! The card goes into the left-hand side of the box, and both doors are close. 'I will now make the card disappear' you say, and you casually tip the box to the right before opening the left-hand door. 'The card has vanished! Tah Dah!' Except everyone has seen the card slide past the window in the centre of the box, and heard the CLUNK as it arrived at the other side.

'It's behind the other door,' some wag in the audience shouts out. 'Oh no it isn't,' you reply. 'Oh YES IT IS!' the audience shouts back. 'OK, I'll prove it.' The box is tipped to the left, there's a CLUNK' and the right-hand door is opened. 'See, the card isn't on this side either.' I saw the card slide to the other side,' an annoying child in the front row shouts out.

You press on, ignoring all objections as you provide 'undeniable proof' that the card has vanished. 'Not on the left...CLUNK...and not on the right.' Just before the audience riots, both doors are flund open and you reveal that the card really has vanished! Both sides of the box are EMPTY!

And to prove your magical chops, the missing card is discovered stuck to the base of an audience member's seat. A double whammy of magic! The card has vanished!

Illustrate any biblical story, where something or someone is lost and then found. For example, the parable of the Lost Coin, the Lost Sheep and the Prodigal Son.

Celebrate the resurrection with some Easter fun. The box becomes the tomb, the King of Clubs is Jesus as you illustrate how the tomb was found empty on that first Easter morning. 'But some people said the disciples had hidden his body' as you tip the box and open a door. 'And even some of his disciples doubted that he had risen,' as you tip the box and open the another door.

'All these questions and doubts seemed reasonable except for the fact that his body has really disappeared,' and you reveal that the card, like Jesus, is no longer there. 'He was raised from the dead and appeared to the disciples many times'. Now you produce the card from the pages of a church bible.

A fun way to reveal a chosen card (using a force) and good effect to start or end one of your card tricks.

Swap out the playing card for a picture of an animal, such as a magician's rabbit or an elephant. The box is now a rabbit hutch as you spin a tail of your mischievous pet that never does what it's told. And use the box to recreate one of Houdini's most famous effects, vanishing an elephant. 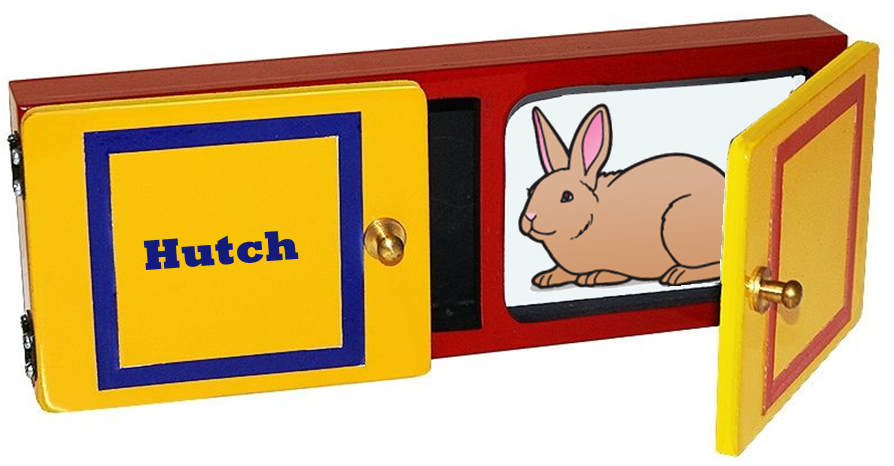 Feeling sweet? A large chocolate coin will happily roll from side-to-side and makes a great giveaway at the end.

Discover the magical fun you can have with the Comedy Sliding Card Box.